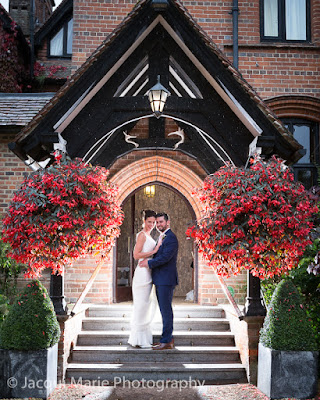 Stuart and Zoe had the most hilarious wedding at Careys Manor in the New Forest. 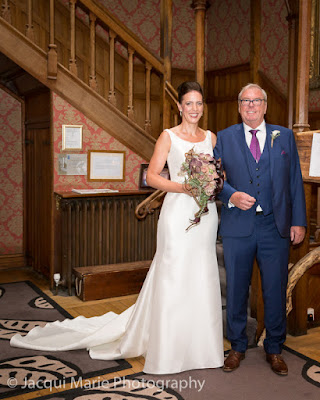 The day started out ordinarily enough with Zoe waiting with her dad for him to take her up the aisle.

But even then there were signs of what was to come. Dad was ex-RAF and there was a delightful and well practiced banter running between them already. 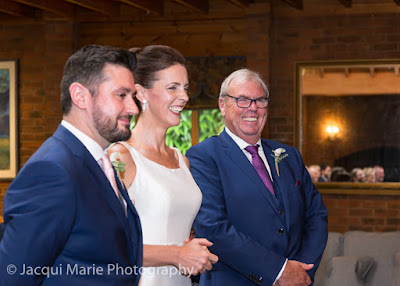 Right from the start, the ceremony was full of laughter. 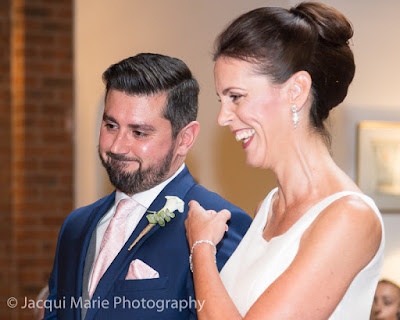 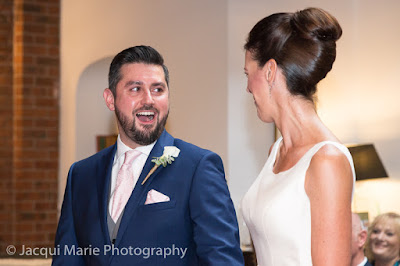 But Stuart wasn't going to take it lying down! 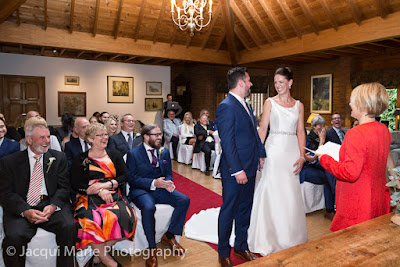 Then it was the turn of the Registrar to join in. 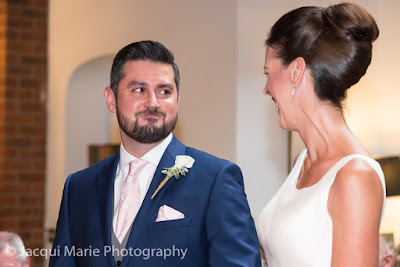 Unbeknown to Stuart, the Registrar had conspired with Zoe before her ceremony to find out if there was anything that Stuart likes her to do that she doesn't like doing. 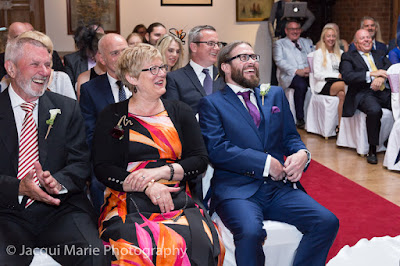 It absolutely brought the house down. 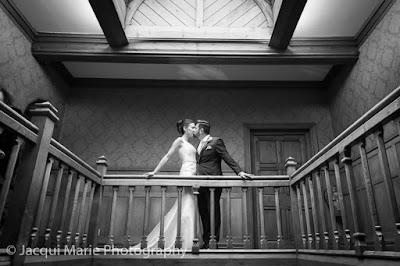 Sadly it was raining all day for their wedding but it didn't bother them at all. We took them up to the wooden staircase for some romantic portraits. We hadn't quite realised what we'd taken on. 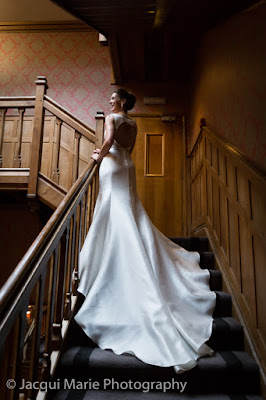 Just as we were setting up the lighting for this bridal portrait with Zoe... 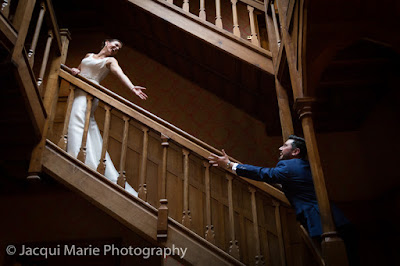 ...Stuart turned it into a Shakespearian Romeo and Juliet moment. 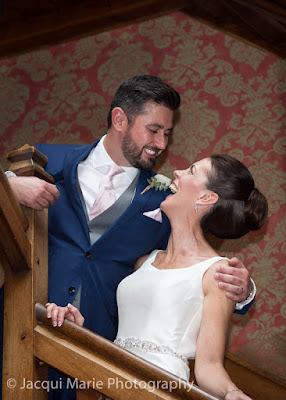 They were brilliant together.

Their wedding cake was a pork pie and cheese cake... 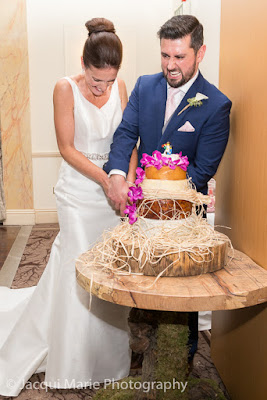 ...which they cut at the beginning of the meal which was then cut up by the caterers for their evening buffet. Stuart couldn't resist making a theatrical moment with the knife. 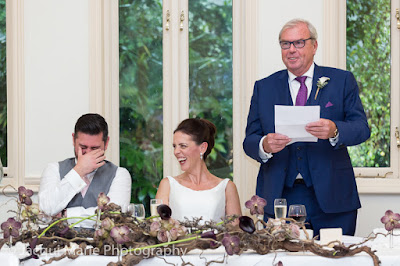 Dad's speech was very funny and totally in keeping with the humour of the day. 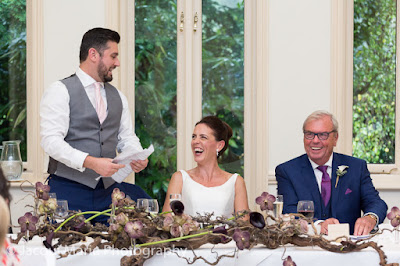 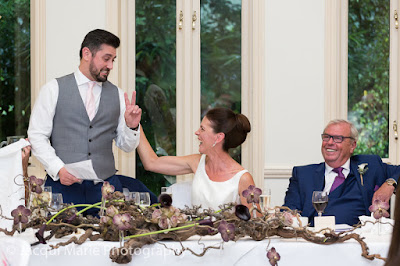 ...and led to a few moments of comedy-dispute between the newly-weds. 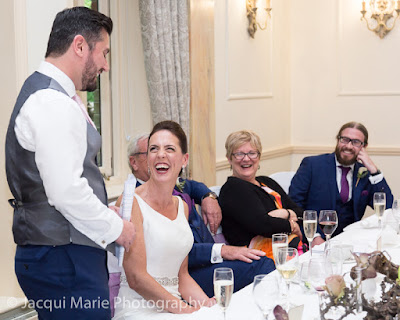 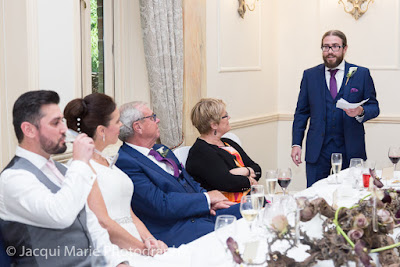 Then it was the turn of the best man. 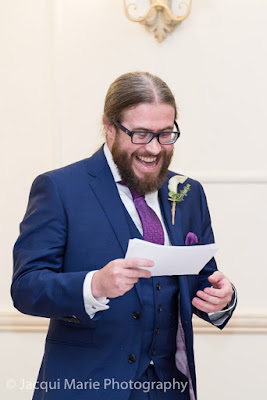 It was during this speech that we learned of Stuart's absolute hatred of all things Status Quo. 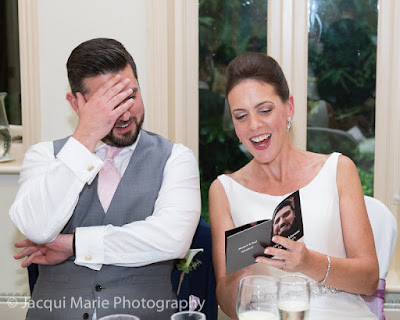 The best man had printed a colour printed booklet for all the guests, full of special moments from Stuart's life. 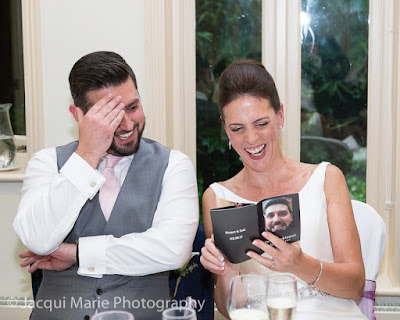 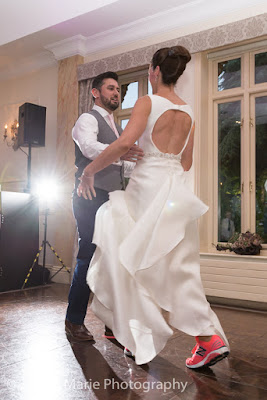 When it came to their First Dance it was spectacular - including the bride's footwear. 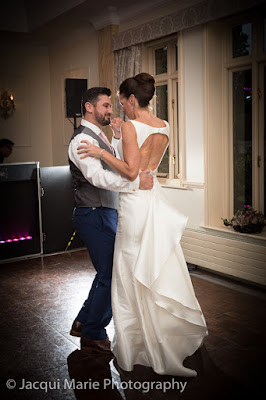 They turned and swirled across the dance floor... 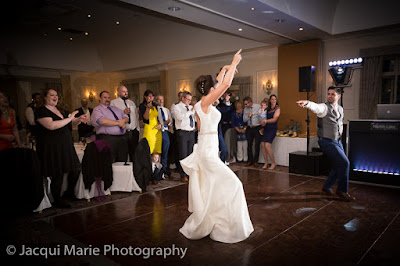 ...and had all their guests cheering and clapping. 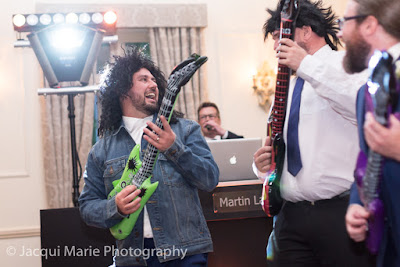 After their First Dance and in consideration of Stuart's obsessive hate for all things Status Quo - the music, the dancing, the hair, the jean jackets! His guys got Stuart dressed in a wig and jean jacket and made him head-bang with them to Status Quo. He was a great sport. 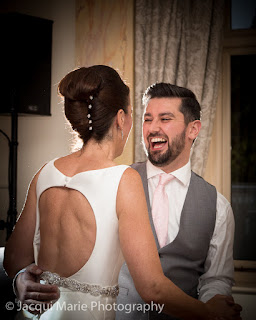 What a fantastic wedding it was. We can't remember laughing as much as we did that day.

It will certainly be a day we will never forget.

Thank you Stuart and Zoe. You were awesome!