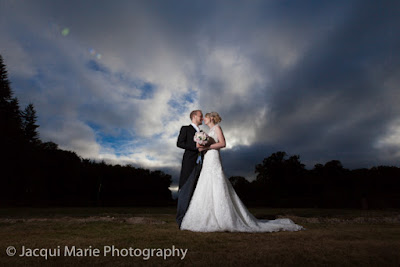 This is Pete and Coraleigh. They had the most amazing Summer wedding at Rhinefield House in the New Forest. 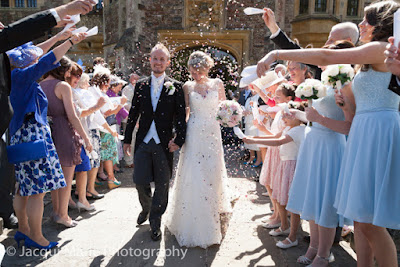 It was a wonderfully sunny day... 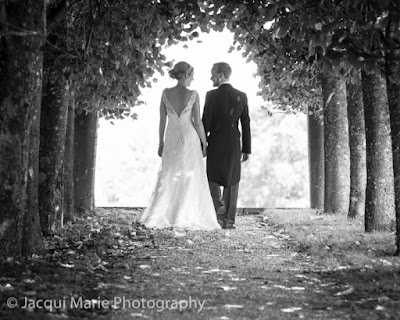 ...and they loved being alone together... 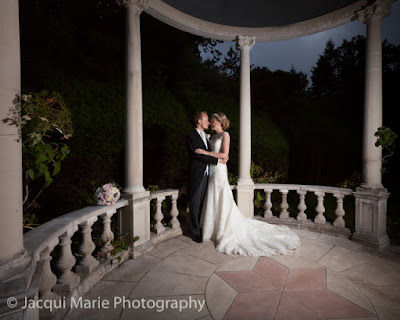 ...as they walked around the stunning grounds of Rhinefield House. 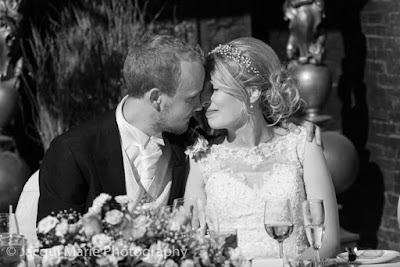 They were such a lovely bride and groom and were brilliant together. 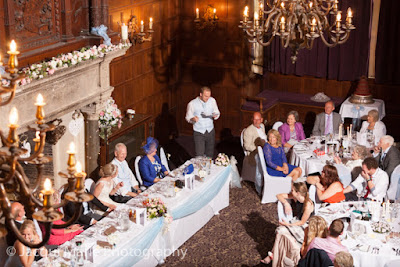 This is the Best Man making his speech. 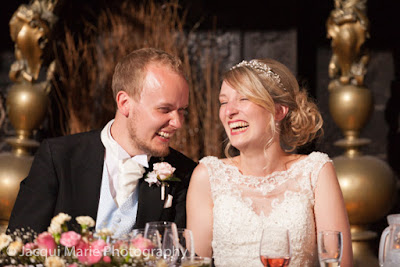 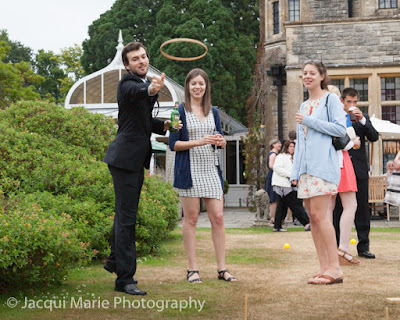 ...and not these sorts of games!

THESE sorts of games! He has turned photo-bombing into an art!

Family group shots can be a bit dull for all concerned. So speeding through the group photographs is often a popular strategy and Jacqui is one of the fastest in the business.

Before the wedding she does her best to have a written list of all the required groups and who is to be in each of them and by the time it's time to do the groups, Jacqui knows almost all the guests' names.

It's a trick she learned from a school-teacher bride we had years ago. She said, "They are more compliant when you call them by their names!"

Jacqui had just setup one of Pete and Coraleigh's groups and was trying to get all their eyes back to her before clicking the shutter.

There was a particularly disruptive element in the group.

Jacqui took the photograph and organised the next group but the same thing happened.

Steve whispered in her ear, "You can't keep calling the Best Man GOBBY!"

She laughed and showed Steve the shoot list. The Best Man was called GOBBY. It was on the shoot list as his name. Nobody knew him as anything else. 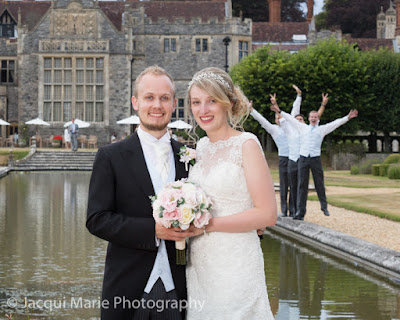 Gobby, the Master Photo-Bomber. This is some of his work!

We had an absolutely brilliant time with him, he was so much fun.

We will always fondly remember GOBBY, the Master Photo-Bomber and the fabulous day we had him and Pete and Coraleigh. What a wonderful wedding it was.