A Song of Ice and Fire - Winter is Coming? 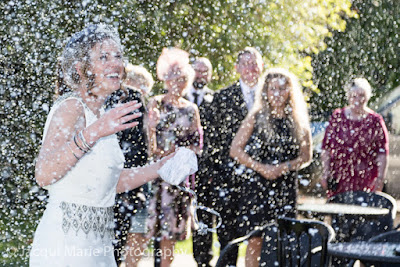 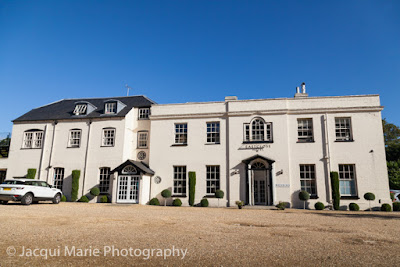 ...on a sunny October day at East Close Hotel? It was the end of a long hot Summer for sure but did this mean Winter was coming? 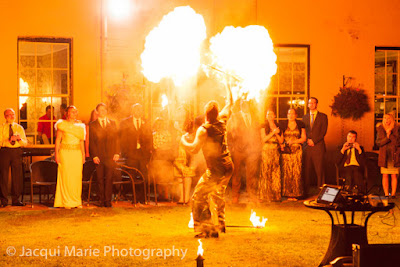 And later, when the chilly Autumn darkness fell, the venue was turned orange by great balls of fire.

It turned out that the snow was a surprise that Andrew had organised for his bride Emily.

She loved Christmas so he organised it to snow for her on her wedding day and she was thrilled.

The snow machine operated out of a first floor window whilst everybody was out in the sunshine having drinks.

The faux-snow soap suds fell into the guests' drinks but nobody seemed to mind because the effect was simply stunning.

The whole day was full of entertainment for each other and their guests including the most spectacular fire entertainer we've ever seen. 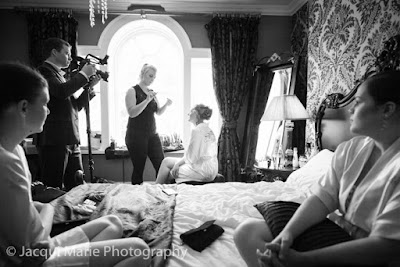 The day started normally enough with the girls doing what girls do the morning of their wedding. 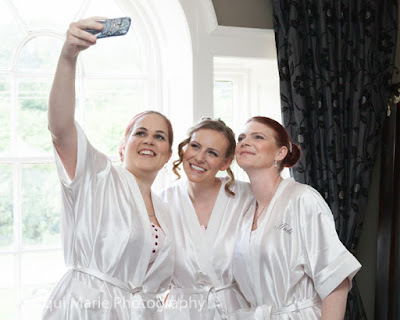 With smiles and selfies... 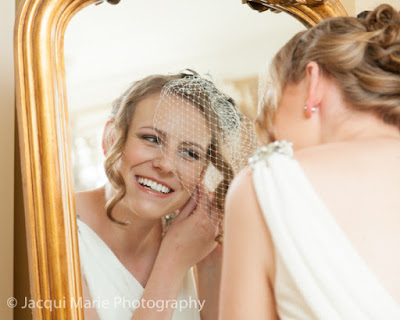 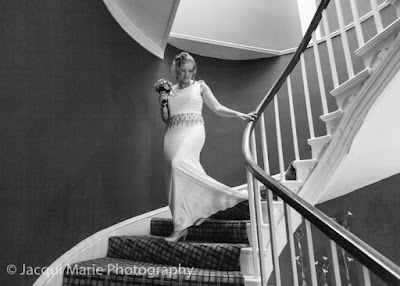 Then it was down the amazing East Close staircase for the ceremony. 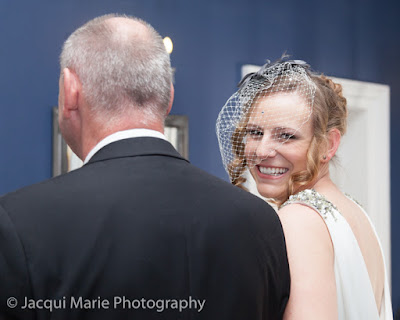 Moments before Emily walked with her dad up the aisle, she had the most excited smile. 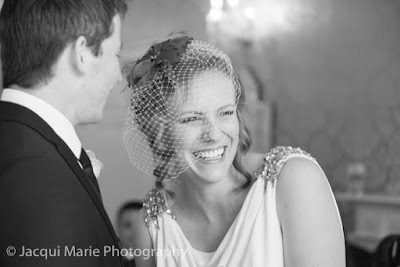 When she met her groom at the top of the aisle she was so happy. 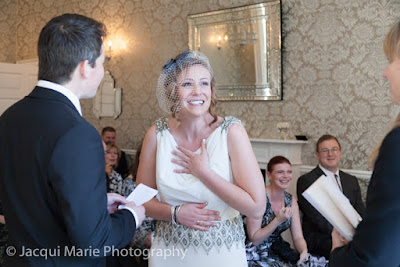 When Andrew read his vows to her she was visibly moved. 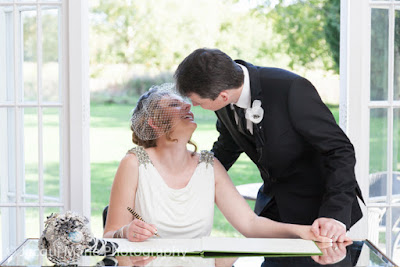 They were wonderful together 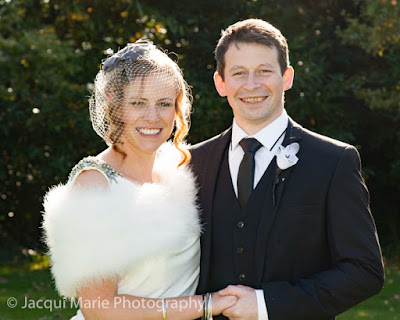 and had perfect weather for their perfect day. 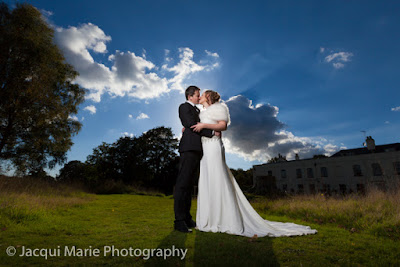 We were able to get some stunning outside portraits of them... 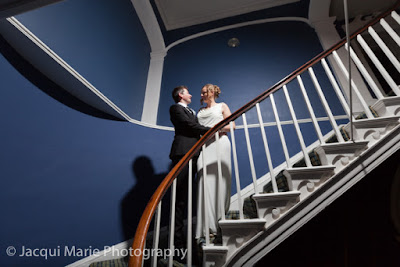 ...as well as some on the icon blue-walled staircase of East Close. 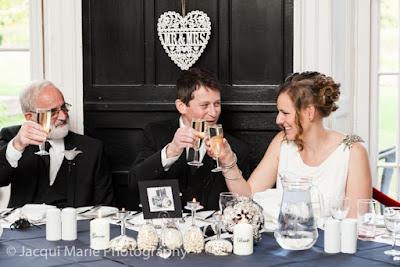 The speeches were very entertaining... 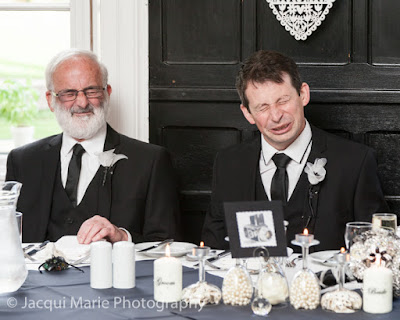 ...and included some uncomfortable moments for the groom...and his dad... 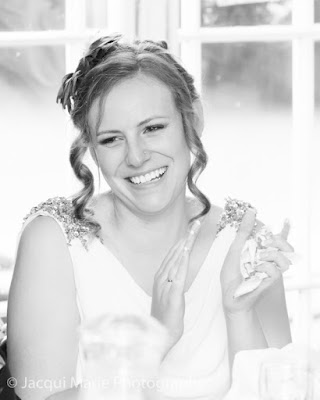 ...but Emily found them funny. 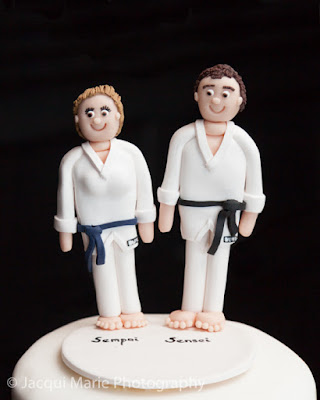 They had cake-toppers that reflected their interest in martial arts. The detail was brilliant. They even had little toes. 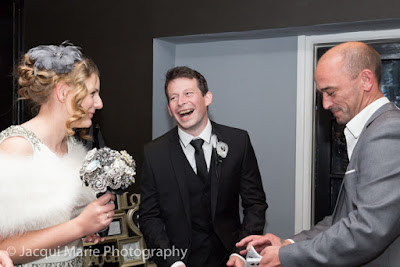 After the speeches there was more entertainment in the shape of a magician. 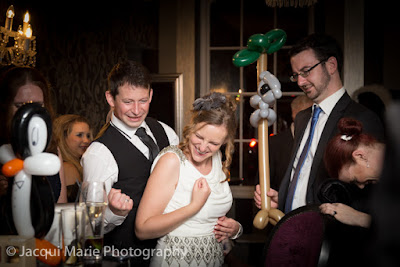 Then it was time for a quick fist-pump... 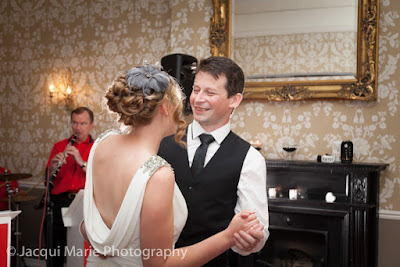 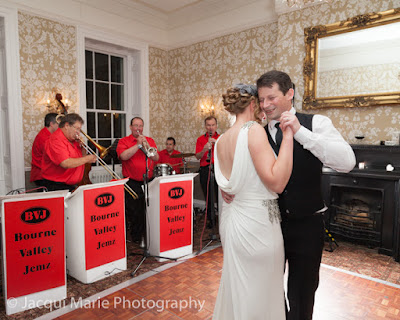 ...which they did to a live swing band. 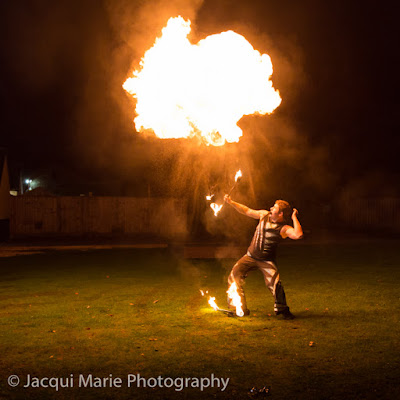 After their dance, darkness had fallen and all the guests moved outside to watch one of the funniest and most spectacular of fire performers we've ever seen. 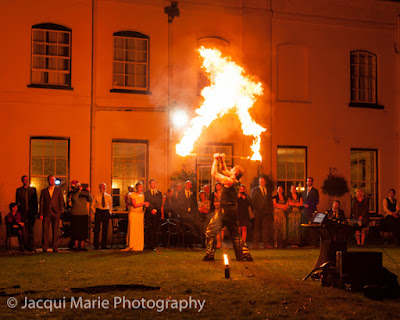 Andrew and Emily had the happiest of days with the best possible October weather and undeniably one of the most spectacularly entertaining weddings we think we've ever been to.

We wish Andrew and Emily all the very best for their married life together.