"Steve, would you mind lying down for us?" 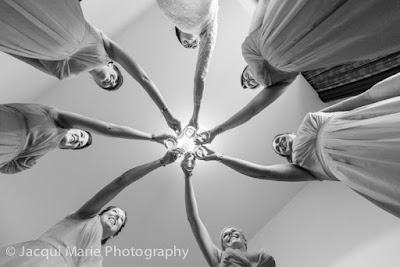 Steve had been left alone with half a dozen excited bridesmaids, each with a charged glass of Champers. It was a cold Winter's day outside but inside the amazing Froyle Park bridal suite it was lovely and warm and snug.

Steve was sitting on the four-poster bed quietly reviewing some pictures on the back of his camera when the bridesmaids all circled round him.

He looked up and smiled. One of them said,  "Steve, would you mind lying down for us?"

She let the question hang there for just long enough to worry Steve before explaining that they'd seen an amazing picture on Pinterest and they wondered if he could reproduce it for them...but it would  mean lying on the floor.

They wanted to form a circle and chink their glasses and have him photograph them from below. Steve's first thoughts were about the geometry but the girls were all over it and organised themselves beautifully making a nice even shape with their arms.

The next problem was going to be lighting. Steve couldn't use his on-camera flash, it would uplight the faces (which we call "horror lighting" - it's not a good look for bridesmaids), it would wash out the detail in the dresses and worst of all it would make their arms look fat (the most heinous of heinous crimes!!!!).

Instead, he positioned the girls beneath a bare-bulb in the ceiling and shot in black and white. Their smiling faces were lit from above, their slim arms were rim-lit and the detail was preserved in their dresses. Result! 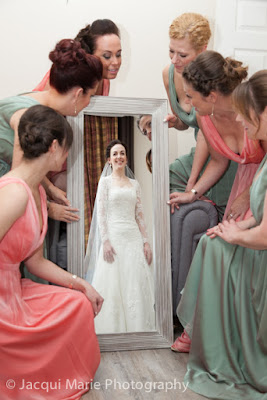 Inspired by how good the "Cheers" shot came out, they wanted to do another picture they'd seen on Pinterest - bridesmaids looking in a mirror at their bride.

To get this shot people have to look in different places than you'd imagine but the girls were very good and were brilliant at following instructions.

The next problem was to get enough light onto the bride, once that was solved we were ready... 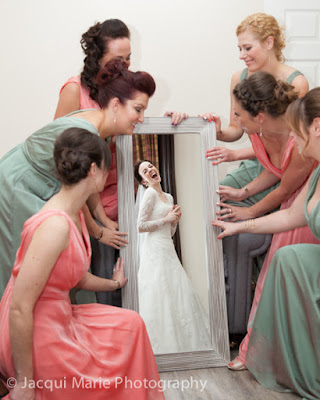 ...and the bride, Jo, popped a fabulous pose. 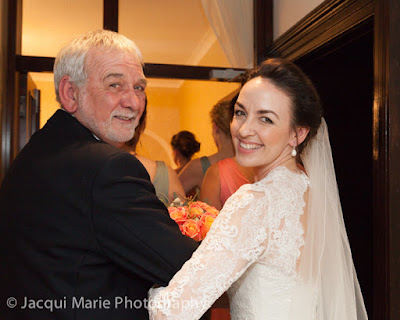 Once all the trick photography was done, it was time for Jo and her father to walk down the aisle. 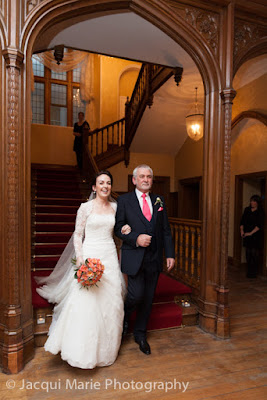 As I was taking this photograph of Jo's father proudly walking his daughter down the stairs, you will notice a member of staff had suddenly appeared on the staircase.

You will also notice that there are lit candles in little glasses lining the stairs. 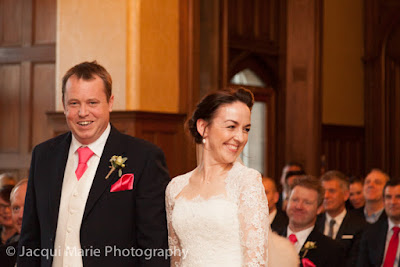 When Jo met her groom Jeff at the top of the aisle it was all smiles and laughter... 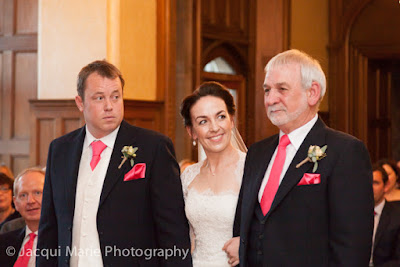 ...until Jeff saw her father.

Jo told us that her father has a school-teacher face that he can put on that really unsettles Jeff and that he plays on it a bit. 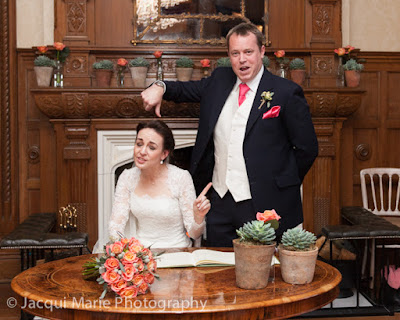 ...but Jeff wasn't unsettled for long and his bravery returned. 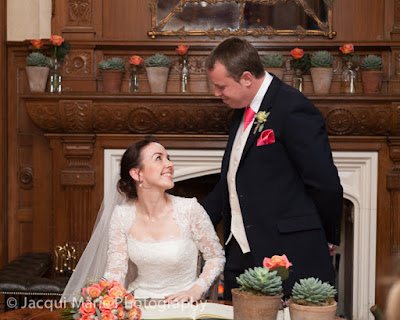 Their entire wedding was so much fun. 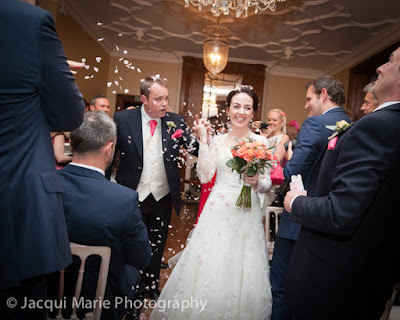 We had confetti inside... 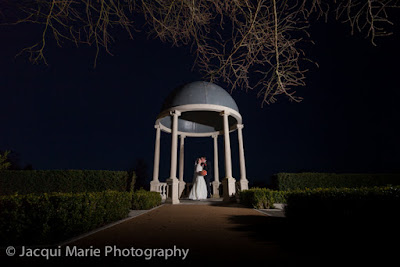 ...then outside for some romantic portraits with Jo and Jeff in the iconic gazebo at Froyle Park. 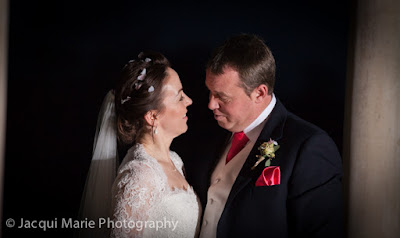 By the time we could get out there we had no light left in the Eastern sky... 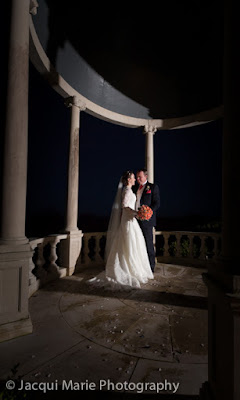 ...but it made it look quite romantic. 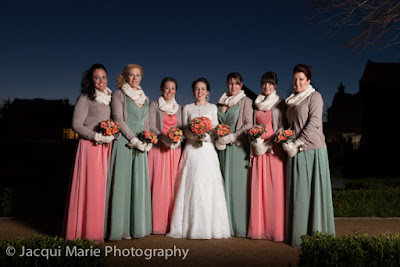 Luckily there was still a little light left in the Western sky and we just managed to get the last wisps blue for this lovely photo of Jo and her bridesmaids outside in their shrugs... 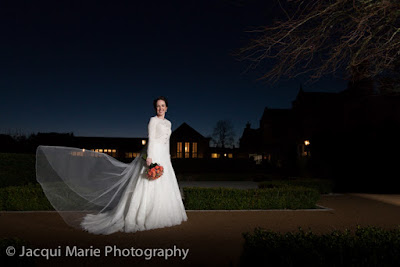 ...and this photograph of Jo with her flying veil and the warm inviting glow of the windows of her venue. 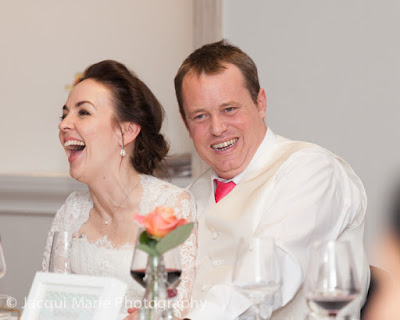 Then it was inside for warmth and laughter... 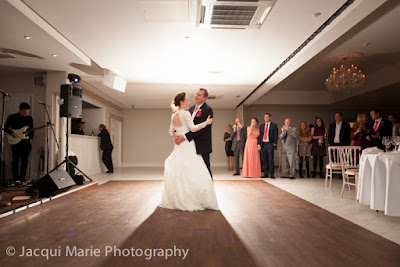 Jo and Jeff had an absolute blast at their wedding as did their guests.

As for her bridesmaids? Steve will never ever forget them.